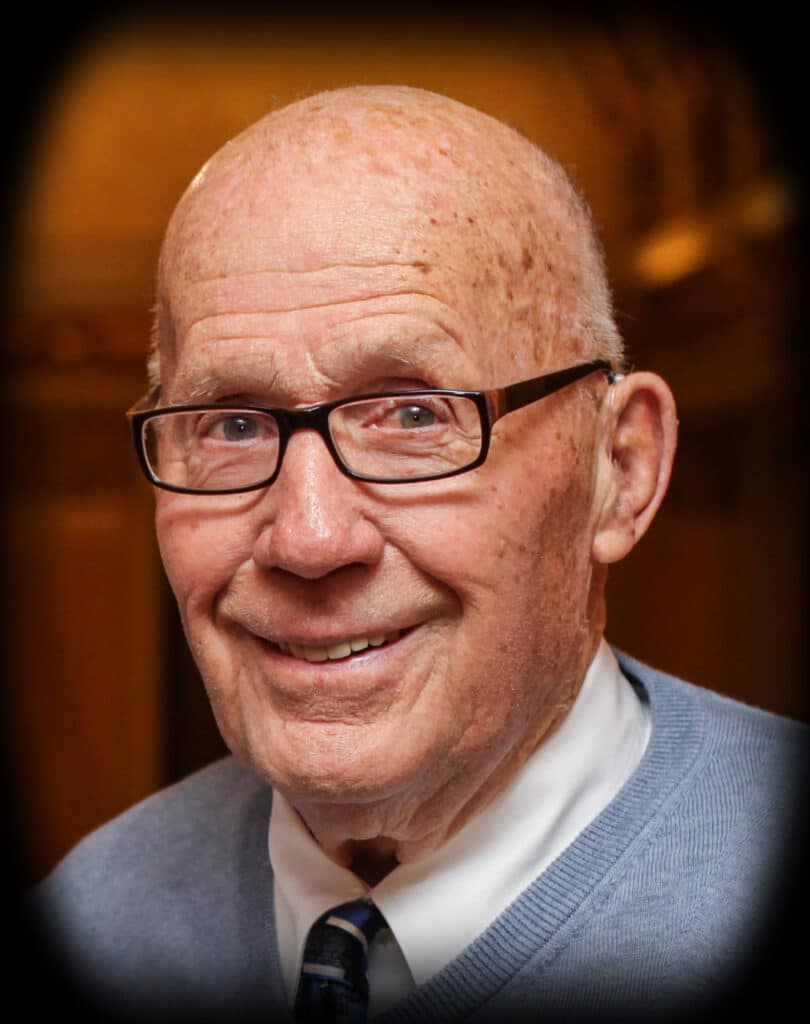 WDS Construction was founded in 2005 by Ben Westra when he used the first names from the three generations of contractors before him—great-grandfather William, grandfather Dewey and father Steve—to name the business.

Before Dewey represented the “D” in WDS, he made his mark on the industry at the local, state, national and international levels, and was an award-winning pioneer for merit-based construction.

It was 1948 and Dewey was a senior at Randolph High School when he joined his father, William, providing masonry services to local farmers who needed to expand their milk houses to make room for storage conversions from milk cans to bulk tank coolers. In 1959, William and Dewey officially incorporated Westra Construction and their Waupun, Wis.-based company would later become one of the nation’s largest commercial construction firms.

Dewey worked as president of the family business from 1966 to 1983, adding ready mix, precast, agriculture and realty operations to the growing company. In 1983 he stepped down and handed the reins of day-to-day functions to his son, Steve, and then served as chairman of the board until 1991.

Dewey saw a need for industry-wide advocacy, education, and promotion of free enterprise, becoming a co-founder and charter member of the Wisconsin Chapter of the Associated Builders and Contractors. Dewey led this state-wide organization as president in 1980 and 1981, and found a home on ABC’s national board of directors from 1979 to 1982. Because of his national role, the U.S. Government invited Dewey to participate in the 30-day “People To People” tour in China, sharing and learning about construction on the international level.

But his global work didn’t stop there. Dewey was a proud member of Gideon’s International and in an archived The Leader News story announcing his retirement, Dewey was quoted, “I say, ‘Lord, whatever You want me to do, that’s what I’ll do’,” referencing his trip to Africa with the Gideons where he and 19 others distributed 226,000 testimonials in two weeks.

Back in the states, Dewey would go on to earn the inaugural Wes Meilahn Award from ABC-WI, the most prestigious award the chapter issues recognizing an ABC-WI member who exemplifies tenacity and service for free enterprise, as well as receiving the 1988 Wayland Academy Humanitarian Award that highlighted his community and professional involvement.

More than a decade later, the industry continued to recognize Dewey’s accomplishments when he was presented with the Lifetime Achievement Award from UW-Madison’s Construction Engineering and Management program. In its selection of Dewey for the award, the Engineering Communications Office noted, “An innovator, Westra solved complex problems with unique solutions including sinking a lift station by excavating from its interior and floating pipeline over a river. An advocate of precast construction, he developed tilt-up technology and a precast manufacturing system.”

When Dewey was asked about his plans for retirement in the aforementioned newspaper article, he shared, “I guess my philosophy is to make every day the greatest of my life.” This mantra would live out in the future accolades he collected, construction company he inspired his grandson, Ben, to found; and within the memories held dearly by the family, friends and industry colleagues who mourn his passing but celebrate a life well lived.

Funeral arrangements for Dewey are being coordinated by Langeland-Sternberg Yntema Funeral Homes of Holland, Mich., and will be held on Saturday, Sept. 18, at 11 a.m., with a wake from 9:30 to 10:45 a.m.

Memorials for Dewey may be sent to Wycliffe Bible Translators or the Christian School of your choice.

WDS Construction, Inc. is a national general contractor with offices in Beaver Dam, Wis., and Dallas, Texas. Founded by fourth-generation contractor Ben Westra, WDS is licensed to build in the lower 48 states and serves the cold storage, commercial, educational, food, hospitality, industrial, medical and retail markets. For more information about WDS, visit WDSconstruction.net or follow the company on Facebook, Twitter, Instagram and LinkedIn.