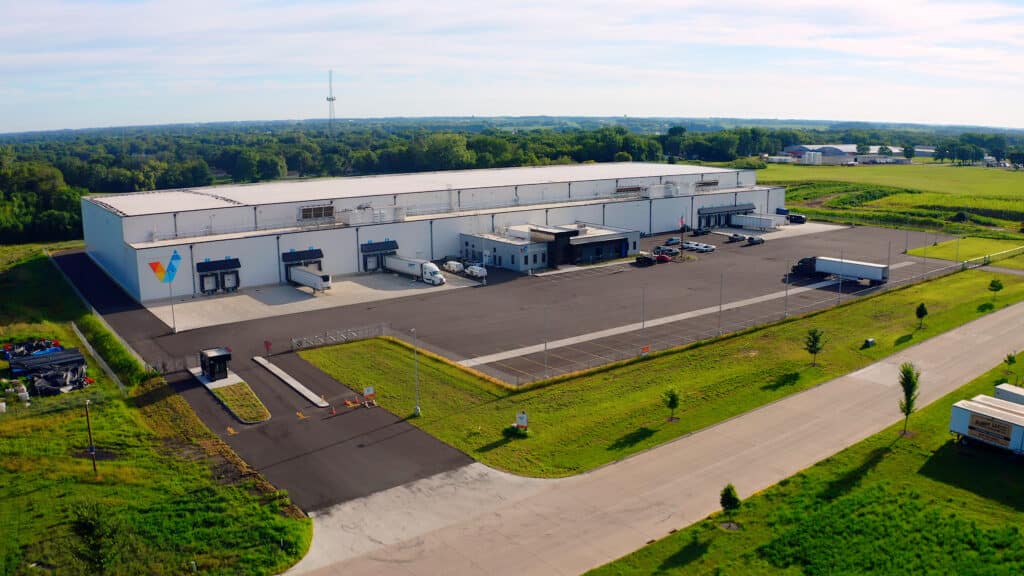 Responding to a nationwide dearth of cold storage facilities as well as an aging logistics network, the founders of JonnyPop identified a need to provide new storage options for the Upper Midwest market – not just for their products, but also for other companies seeking last-mile refrigerated and freezer warehousing space.

A design-build project delivery approach was utilized to further expedite the project schedule and create a cohesive team from the beginning of the project. The resulting project is a 173,400 sq. ft. convertible cold storage facility constructed on a 26-acre site near the intersection of two major highways for convenient access.

Designed and constructed with sustainability in mind, cold storage is provided via a CO2 refrigeration system with efficient evaporator fans, saving the owner an estimated $1.27/square foot. A decision was made to pursue this option after completion of a refrigeration study, which determined that the payback for upgrading from freon to CO2 would be fewer than four years. Energy-efficient LED lighting was provided throughout the building.

The site and facility were planned to accommodate multiple future expansions and a transfer switch was included to add generation capabilities if/when needed.

Major delays were caused by the global pandemic, and further challenges were triggered by construction material shortages and spiraling costs for them. For example, the building was originally designed to employ bar joists; however, the anticipated 15-week delivery schedule exploded to 40 weeks, accompanied by major pricing increases. WDS Construction’s team responded with out-of-the box thinking, and determined that of all available options, replacing the bar joists with wide-flange beams would allow the original schedule to be maintained while saving approximately a quarter million dollars when compared to the bar joist option.

Despite the size and complexity of the project, as well as the significant schedule challenges, the first products arrived only 10 months after project groundbreaking. This was achieved by development and implementation of a phased construction approach that allowed portions of the building to open early, while construction in other areas was being completed.