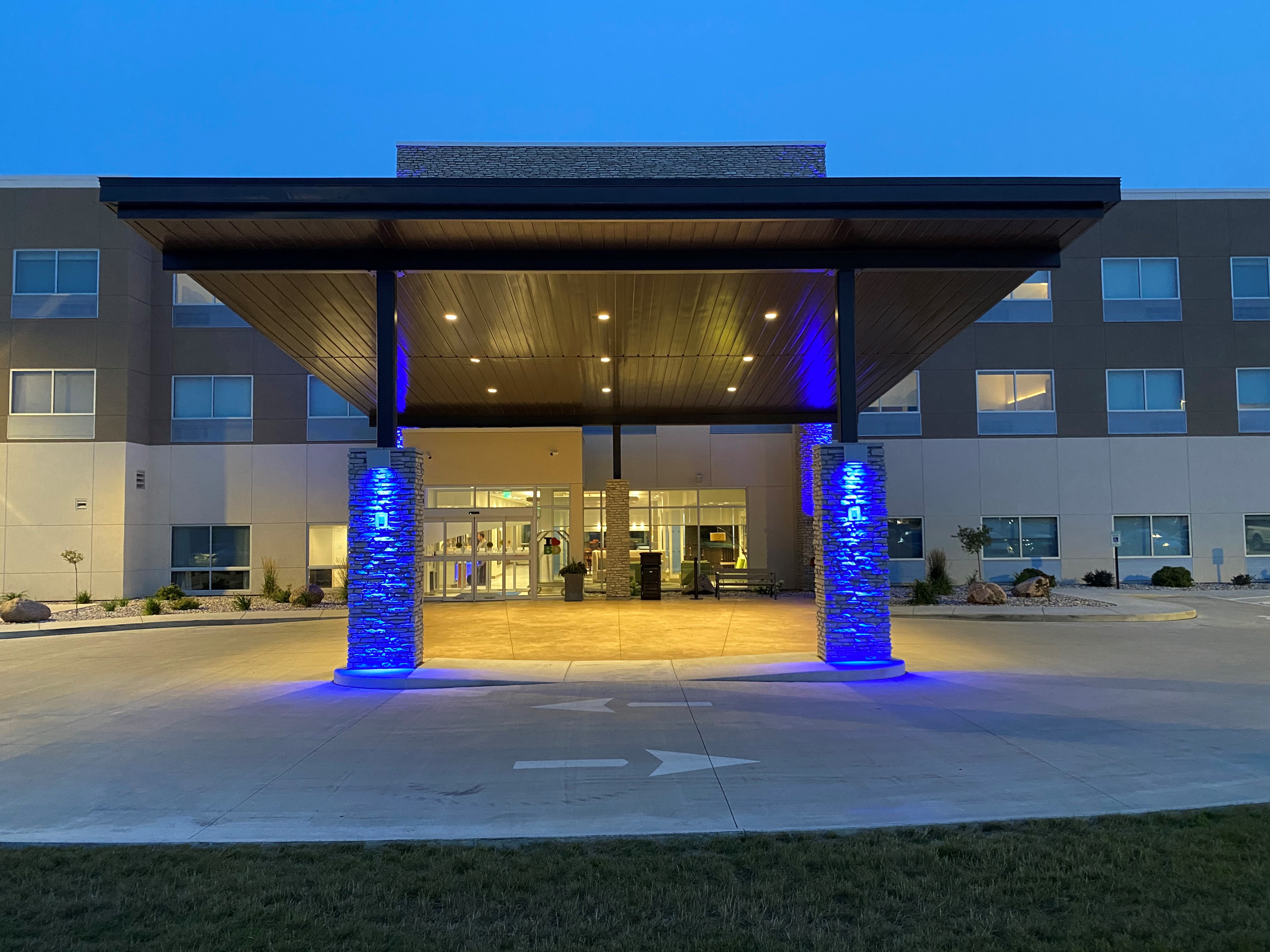 Responding to a need for more lodging rooms in Dodge County and the opportunity to provide an upper mid-level hotel for local business travelers and tourists including youth sports travelers, WDS Construction worked closely with affiliate company JCW Development to fill a void in the community.

WDS had developed a national reputation for quality construction in the retail sector but had been looking for the opportunity to diversify the commercial portfolio. The lodging industry was at the top of the list. Ben Westra, president of WDS, noted, “The story is similar to many WDS stories – we had been budgeting and bidding many hotels over the years. But when it came to awarding us the project, they all said, ‘We don’t want you to do your first one for us!’  So, we did it ourselves.”

So, the building journey began. An A-team was assembled to ensure the project started out on the right foot. The team had recently completed a highly successful project in Kansas together and had the cohesion and momentum needed to take on a project with this level of pressure, given it was the first of its kind for WDS and it was along a major highway between Madison and Fond du Lac with many eyes on it every day.

Initially, the team looked at renovating an existing hotel building in Beaver Dam, but the budget didn’t make sense financially. Instead, they set out to construct a new three-story hotel with a number of amenities:

The project design was based upon IHG Hotels standards. While these drawings provided a good foundation, multiple drawing revisions were required throughout the span of the project. Because the architect was located overseas, the coordination between the architect, owners, and suppliers of furniture, fixtures, and equipment was both demanding and time-consuming.

In addition to the complicated coordination, winter weather had set in during construction. A particularly cold season led to project challenges and placed extra pressure on the project team to overcome the resulting scheduling impacts.

Even with these obstacles, the WDS team was able to elevate and address every barrier along the way to complete a successful project.

WDS achieved occupancy more than one month prior to the expected date and the project was delivered under budget, something relatively uncommon in the hotel industry. The project was also a zero-incident project, reinforcing the WDS commitment to the safety of all workers.

The accomplishment of the project was recognized by ABC Wisconsin, winning the Gold Award from ABC Wisconsin Projects of Distinction.